Wealth management is intricate; and therefore, requires a multifaceted approach. Understanding that no two clients have the same current life circumstances, we hand-crafted a team of professionals who are equipped with the knowledge and expertise to connect with our clients on an emotional level and help them map out and meet their financial needs. 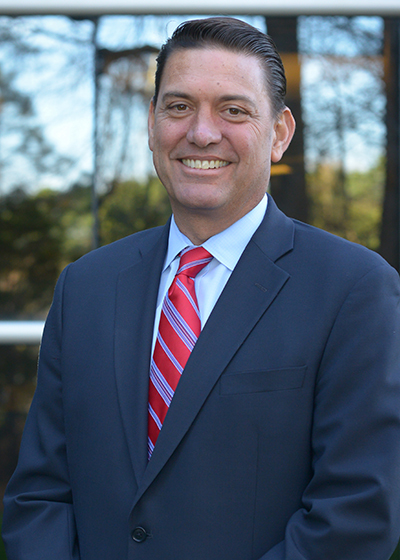 For over 30 years Bob has partnered with clients to help them prepare for retirement and beyond. After graduating from UNC Charlotte with a B.A. in Economics, he began his career with Northwestern Mutual. Bob has the Chartered Life Underwriter (CLU®) and Chartered Financial Consultant (ChFC®) designations.

Helping clients envision, plan for, and move into retirement is what Bob loves. He gets great satisfaction from watching each individual retirement income plan unfold so clients can relish in the lives they’ve been planning and dreaming about for years.

He is committed to giving back to the community in a variety of ways. For more than 20 years, Bob and his family have been involved with the Jimmy V Foundation for Cancer Research, and he is on the board of their national supporting organization. Bob is also a member of the Triangle Business Journal Leadership Trust, a network of business leaders, executives, experts, and entrepreneurs who share insights with fellow business owners.

Bob lives in Cary with his wife Lisa. They have three children Brian, Megan, and Sam and one granddaughter. He enjoys tennis, golf and reading. Jason’s tireless work ethic, goal-oriented outlook and leadership skills led him to a collegiate and professional soccer career. He uses those same skills as he partners with clients on their individual and business retirement planning.

Born and raised in South Louisiana, Jason attended the University of Maryland as a walk-on to the varsity soccer team. While at Maryland he led his team to 4 Final Fours and the 2005 National Championship Title. He was honored with the Hermann Trophy as the nation’s top college player, named a two-time All-American and Academic All-American, and the NCAA Academic All-American of the year.

After graduating in 3.5 years with a B.S. in Finance, Jason had a successful seven year pro soccer career with the Columbus Crew, Houston Dynamo, and the Carolina Railhawks.

In 2012 Jason joined the Meridian Financial team under the mentorship of Wealth Management Advisor Bob Rauf. In a few short years, Jason became licensed, earned his CFP® certification, and became a partner with Meridian Financial.

Jason’s accomplishments have been recognized on a local and national level as a recipient of the 2016 Triangle Business Journal 40 Under 40 awards as well as winning the WealthManagement.com’s Thrive 500 award, which recognizes the fastest growing 500 wealth management advisors and firms in the United States.

Specializing in retirement planning and retirement income planning, Jason enjoys helping our clients plan for their retirement or business transition, and then watching them flourish in retired life. Because of his background as a professional soccer player, Jason also enjoys helping athletes during their professional career to financially plan for getting traded, contract negotiations, and retirement. He feels so strongly about helping athletes manage their money well that he created a professional athlete financial checklist.

Jason and his wife, Meghann, live in Holly Springs with their four children: Wyatt, Gunnar, Saylor, and West. He enjoys spending time with his family and doing anything outdoors. 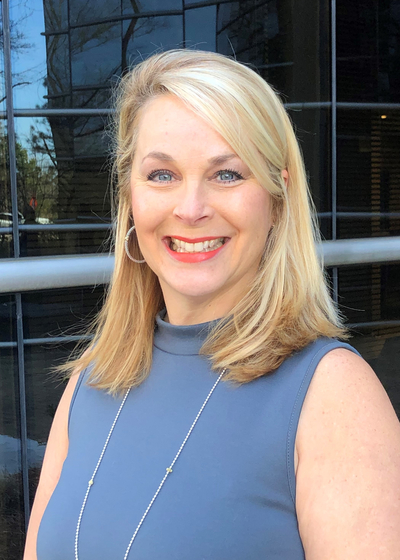 Hailing from Atlanta, GA, Melissa is very proud to be a Georgia Bulldog. After graduating from the University of Georgia with a B.B.A. in Organizational Management, she began a successful career in the radio and television industry. Melissa worked for the flagship radio stations of the Atlanta Braves, WGST/WPCH, handling affiliations primarily for the Braves Radio Network. When the Carolina Panthers began in Charlotte, Melissa moved to North Carolina to start up the Panthers Radio Network. She worked with Capitol Broadcasting for ten years, including five years at WRAL-TV.

Melissa uses her experience juggling many tasks in a fast-paced work environment in our office today. Her attention to detail helps keep our days running smoothly. As a Client Service Representative, Melissa’s primary job is to organize client reviews and manage our database.

When she’s not cheering on the Bulldogs or playing tennis, Melissa enjoys spending time with her family. She currently lives in Raleigh with her lively bunch—her husband, Bill, two daughters, Polly and Allie, son Britton, a very large dog, and two hilarious cats. 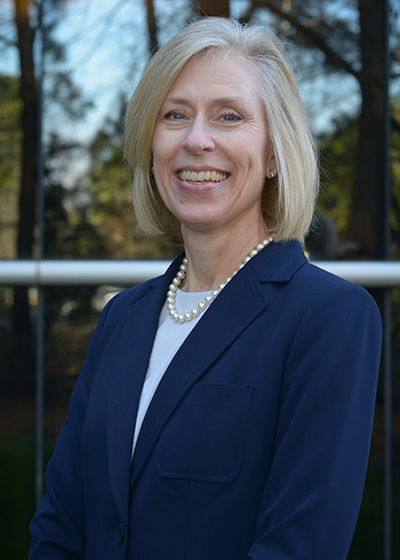 With a background in both sales and operations, Debbie has a wealth of knowledge about insurance sales, underwriting, policy delivery, and frequently asked service questions. This deep knowledge, along with her drive for client satisfaction, makes Debbie the perfect Director of Insurance Services.

Debbie has more than 12 years of financial services experience along with her Life and Health, Long-Term Care, and Series 6 and 63 licenses. She’s an integral part of our team as she’s our resident expert for all things related to life insurance, disability income insurance, long-term care insurance, and annuities. Debbie is skilled at recommending ways insurance policies can help solve an individual, family, or business financial need.

A native Michigander, Debbie and her husband Bob now call Fuquay-Varina home. Lucky us, Debbie loves to bake and frequently brings sweet treats into the office. She also enjoys working out, a variety of water sports and volunteering with Camp Agape, a local camp in Fuquay-Varina.

Brian has grown up around the Meridian Financial team and clients for as long as he can remember. A native of Cary, Brian attended the University of South Carolina and received a degree in broadcast journalism. Brian broke into sports journalism, worked for ESPN, and has been featured by outlets like Sports Illustrated and Bleacher Report.

Armed with his background in journalism, Brian works well under pressure, is attuned to his audience, and has a keen eye for detail. As an Associate Wealth Management Advisor, Brian’s drive behind his work is being able to help clients financially prepare for almost anything life throws their way. He finds it meaningful to help clients along the way to their retirement goals.

He has earned his Life and Health licenses and his Series 7 license. The combination of these licenses equips Brian to not only manage our investment operations, but also to strategize ways that a clients’ insurance policies, annuities, and investment accounts can work together to create a diversified and smart retirement income plan.

In his spare time, Brian enjoys sports and writing. Brian lives in Knightdale with his beautiful bride, Kamie, and their daughter, Blakely. Fun fact: Little Blakely is the person who turned Bob Rauf into “Grand Bob” when she was born. Director of Marketing and Communications

Director of Marketing and Communications

Throughout her marketing career, Meredith has explored many facets of marketing. From TV commercials and radio ads to digital, social media and influencer marketing, she’s learned that she enjoys a variety of marketing disciplines.

At Meridian Financial, Meredith uses a combination of her client service background and marketing knowledge to maintain our website, run our Facebook, Twitter, and LinkedIn channels, and plans events. She loves finding new and different ways to interact with our clients while making sure they have the best possible experience with our team. 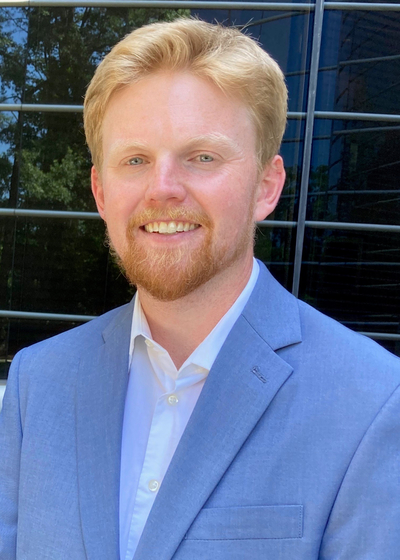 Logan was born and raised in the Southern Pines/Pinehurst area of N.C. Home to some of the best golf in the world. Logan played most sports growing up but found a love for golf while working at Country Clubs throughout high school and college. He graduated from UNC-Wilmington with a degree in Business Administration and a concentration in Operations Management.

True to his Sandhills roots, after college Logan worked for the Carolinas Golf Association running golf tournaments. Here he honed impeccable skills in logistics, communication, and planning. He then utilized and continued to hone those skills working in the Healthcare industry for three years. Logan has an uncle who is a Wealth Management Advisor, and father who has been in banking for more than thirty years. This made his transition to the Financial Industry a natural fit.

For the past five years, Logan has worked at Northwestern Mutual focusing on creating financial plans and investment recommendations. Logan has his Series 6 and 63 registrations, and Life & Health, and Long-Term Care licenses. For our clients, this means that Logan is well-versed in life and disability insurance, and long-term care planning along with how to pair these needs with thoughtful and thorough investment planning.

Logan is married to Ashleigh, and they have a dog named Lola. In his free time—you guessed it—Logan likes to golf! He also enjoys his Jeep and spending time with friends and family. 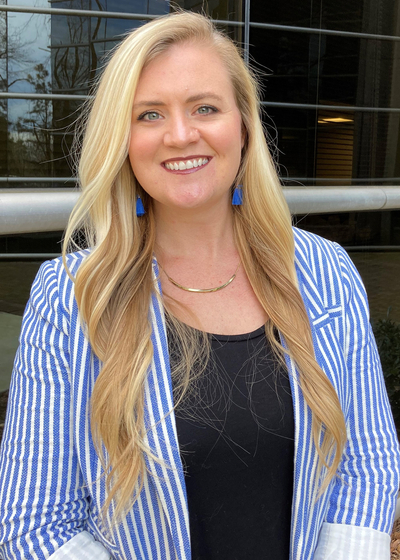 Director of Marketing and Business Operations

Director of Marketing and Business Operations

Caitlin was born and raised in Tuscaloosa, Alabama where she obtained a B.S. in Marketing and Public Relations and an M.S. in Marketing from The University of Alabama. She comes to Meridian Financial after spending 7+ years in college athletics marketing with stops at Ohio State, Penn State and NC State.

Caitlin lives in Raleigh with her two cats, Cooper and Simba. She enjoys reading, hiking, going to the beach and cheering on her Crimson Tide. She also volunteers at Gigi’s Playhouse, Raleigh.